In the 1990s, EA Sports’ “NBA Live” franchise ruled the simulation basketball video game space. That all changed with the introduction of “NBA 2K” in 1999.

During the first few years of competition between the series, competition bred innovation and both produced quality games. But about 12 years ago, “2K” surged ahead critically and dominated commercially. It became the model of consistency among sports franchises, continually tweaking to whet gamers’ appetites. Meanwhile, “Live” often couldn’t keep up and only published three entries the past seven years.

But the gap appears to be closing with the franchises’ new entries, “NBA 2K18” and “NBA Live 18.” According to review aggregator GameRankings, “2K18” on PlayStation 4 and Xbox One has earned a 76.1 percent rating — lowest in the series. Meanwhile, “Live 18” scored at 72.9 percent for the series’ best score since 2009. 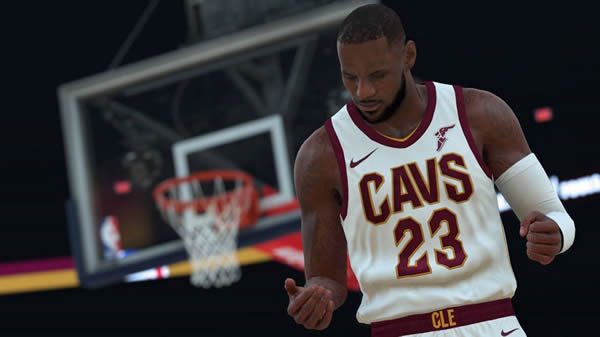 Having played both games this year, I can attest they are close in quality. However, they excel at different things. For anyone thinking about purchasing either title now that the NBA season is underway, here’s a look at each game’s strengths and weaknesses to help inform the decision to buy.
‘NBA 2K18’

From a pure gameplay perspective, “2K” retains the franchise’s trademark impeccable controls and physics. Shooting has been improved to properly account for the difficulty of contested shots. AI opponents behave smarter and more like an actual basketball team as the series continues to inch closer to a true simulation experience.

In-game presentation remains top notch. Just about every player looks as great as their real-life counterpart — even the in-studio analysts.

Less successful is the new Neighborhood, which adds a hub world to go along with MyCareer and MyPark modes. It’s a great concept that allows one to visit licensed stores to buy gear, get haircuts, and even work out at the gym. But really, who wants to bench press in an NBA game? At least it’s associated narrative is light fare this year.

The real problem is the overreliance on microtransactions to advance properly in most modes (save for MyLeague). The franchise has always offered these, but this year it’s gone overboard. Grinding to improve a character takes much too long without shoveling out more real-world cash on Virtual Currency (VC). Same goes for new haircuts and tattoos. It’s ridiculous.
‘NBA Live 18’

The highlight of “Live,” which published for consoles for the first time since 2015, is The One. This career mode is far superior to that of its rival’s thanks to better presentation — featuring real-life footage of Steven A. Smith and Max Kellerman from ESPN’s “First Take” — and a better system of improving one’s custom baller. This is where most of a gamer’s time should be spent, playing at Rucker Park or in the Drew League as well as NBA arenas.

Even its face capture system produces consistently better results than its competition can. Honestly, I’ve never seen a better digital representation of myself from a visual standpoint than in “Live 18.”

The long-overdue addition of WNBA teams and players is great, even if its shallow and limited to one-off games. And, frankly, none of the players look much like themselves. Couldn’t they all have just scanned their face with the app, like I did?

The male players fare better, but visuals and animations still lag behind “2K” by a wide margin. The same can be said of the gameplay, which is passable overall but has a long way to go. At least it’s one-on-one defense mechanic made playing ‘D’ fun.

Franchise mode and Ultimate Team are nothing special, either. Both lag behind the rival franchise.
Bottom line

Those who care only about the on-court action shouldn’t think twice about picking up “NBA 2K18,” even on Nintendo Switch. It’s the better experience in that arena.

Outside of that, however, it comes down to preference. Those who love guiding a custom player through career mode would be wise to give The One in “NBA Live 18” a real chance. Gamers who want to run every aspect of a franchise as an executive would be better off with “2K.”

We mmocs.com is the best online shop for you to buy MyNBA2K18 RP. Now the My NBA 2K18 Coins in on sale for iOS/Android with huge stocks. Do not miss the cheap & fast My NBA 2K18 RP. We guarantee 100% safety and fastest delivery. Check up your order sheet before submit. For invalid orders, we promise 100% refund within three workdays. We wish you a happy game!