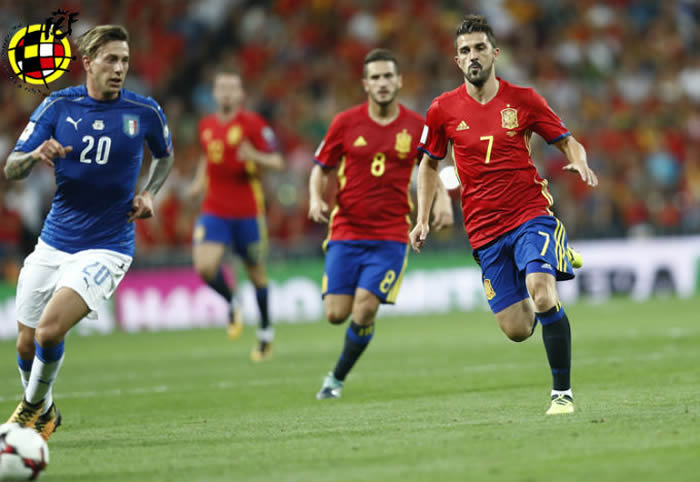 With the start of the 3rd season of the VFO hovering on the horizon, a new team comes to the fore to compete against the best combined of FIFA 18 Spain. This is DV7 e-SOCCER, the professional team of the project led by David Villa.

The new team will defend the interests of the DV7 SOCCER, the David Villa football school that brings together a whole network of clubs, in its youth divisions. A place to develop football skills while promoting human values ​​on and off the pitch such as team play or companionship.

DV7 e-SOCCER, with SkiZo-84 and Davicin1021 as captains, arrives to try to enter and compete in the future FIFA 18 VFO season that will start on October 23 with the celebration of the first day of the league. Beginning this coming Thursday, October 12, the registration date for clubs will conclude on Monday, the 16th with the closing of the transfer market. A 3rd season that will come to an end on Monday, January 29, 2018.

David Villa has always been a restless business player. Prior to the presentation of his eSports team, the Asturian, idol of Valencia CF, has opened football schools with his name around the world, several of them in Spain and more specifically one in Valencia.

These occupations, however, do not prevent him from focusing on his main obligation. And, David Villa continues in top form and doing what he does best: score goals. The Spanish forward finished the regular phase of Major League Soccer (MLS) signing two more goals in the 2-2 draw between New York City and Columbus Crew. In this way, the Spaniard closes the course with 22 points, establishing himself as the second top scorer in the US league and qualifying for the playoff for the title.