NBA Live 18 update 1.07 adds 3v3 and 5v5 Live Run matches. Not only that, players can also now search for a public match or create their own and invite their friends to join them. The update also fixes reported issues regarding Reward Crates, Create-A-Player and fixed an issue where Lonzo Ball didn’t use his signature jumpshot in the game’s Ultimate Team mode. 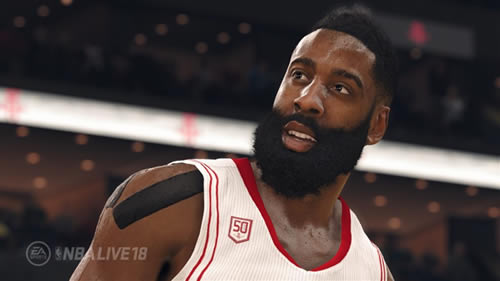 Create a Player
– Fixed an issue in which Carmelo Anthony’s Jumpshot was not unlocking for Created Players with a 79 Shot Off Dribble
– Fixed an issue where all of a player’s objectives would be reset after restarting a match within Pro-Am Tour.

Who will you invite to play with on your first private Live Run match?

EA Sports used its latest hoops game to predict a Cavaliers victory and a bit of a surprise in California.

If video games can do hot takes, NBA LIVE 18 has one for the opening night of the 2017-18 NBA season. According to the game’s official sim, the Golden State Warriors are about to start the new campaign 0-1, while the Boston Celtics are set to show right away just how far they’re going to push the Cleveland Cavaliers.

The sims are complete for both halves of tonight’s NBA doubleheader, and the prediction is for two hard-fought games. In the opener, NBA LIVE 18 thinks the Cavs and Celtics will battle each other hard to settle things, with the Cavs eventually pulling away thanks to 40 points not from LeBron or D-Wade, but from Kevin Love.

Gordon Hayward: 11 points, 5 rebounds, 5 assists — Probably not what the Celtics were hoping for from Hayward in his debut with the team
Al Horford: 29 points, 16 rebounds, 3 blocks — Kind of the forgotten man in terms of publicity with two All-Stars coming in, Horford was the main man in keeping the game tight

We still have questions, though. Namely, what about Kyrie Irving? You figure he’d be extra motivated to take it to Cleveland in their first encounter since he left to be the biggest star on his own team.

In the nightcap, NBA LIVE 18 also expects another All-Star to fit right in on his new squad:

Are two superstars better than four? At least for one night, that’s what NBA LIVE 18 expects, with the Rockets going into Golden State’s house and ruining the start of the champs’ title defense thanks to triple-doubles from both James Harden and Chris Paul.
Rockets key stats: