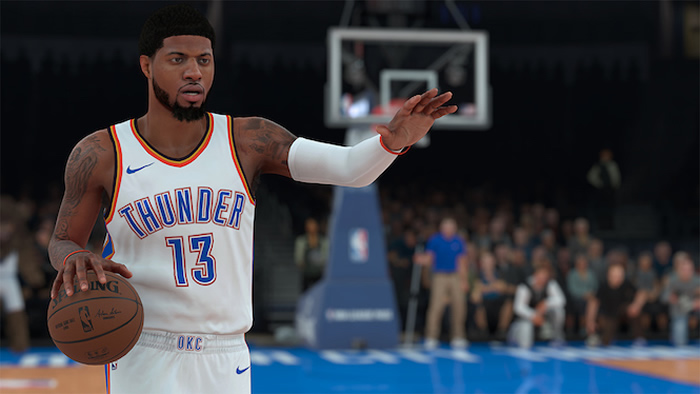 NBA 2K18’s microtransactions have been a point of concern for Take-Two’s latest NBA installment, and the issue hasn’t gone unnoticed by the company’s CEO.

Amid the earnings reports for the publisher that were recently released, Take-Two’s CEO Strauss Zelnick spoke during an earning call on Nov. 7 and commented on the microtransactions that many players have taken issue with. Critics and players alike have commented that they can barely navigate through the game without running into one microtransaction or another, but Zelnick said that the purchase apparently aren’t stopping players from taking part in 2K18 with the number of active players and the game’s sales both rising.

But that doesn’t mean that Zelnick and Take-Two haven’t heard players concerns, and the CEO said that they’re taking comments into consideration.

“We take consumer feedback very, very seriously indeed,” Zelnick during the earnings call. “There has been some pushback about monetization in the industry. The good news is the title was reviewed extraordinary well. People love it. The other news is that entertainment is a want-to-have business, not a must-have business.”

Part of the frustration that comes from the purchases stems from the in-game currency that’s a bit tougher to come by in 2K18. The system has been present in previous games prior to 2K18, but the latest game is a bit stingy with the currency compared to previous titles, a change that makes it feel like getting tangled up with microtransactions is almost necessary to accomplish your goals. While numerous reviews – including our own – commented on the swamp of microtransactions that you have to wade through to play the game, Zelnick said that players are still choosing to be active in the game before restating that they value the feedback.

“People vote ultimately with the usage. And the usage on this title is up 30 percent in terms of average daily users,” Zelnick said. “The title itself, unit sales are up 20 percent year-over-year. So people are clearly voting that they love NBA 2K18 and the reviews reflect that as well. That said, we are concerned about any perception, any negative feedback .. and we’re taking it really seriously.”